Momma and I continue our frenzied preparations for my sequel to Lina Unleashed.  I think I’ve settled on a title, but want to “chew” it over for awhile before making a final decision.  (Actually, “Just Shoot Me Now” sounds perfect at the moment.)

Along with our other new book tasks — submitting the manuscript to our publisher, hiring a publicist and a reviewer, and begging for endorsements (see Pawscript) — there was the dreaded photo shoot.  (For a refresher on my past disastrous photo shoots, check out https://wordpress.com/post/linasdogblog.com/4328 and https://wordpress.com/post/linasdogblog.com/6202.)

This time it was not the shoot itself, but the preparation that was the problem.  Momma had decided that the best place for our photos would be on the beach.  Yes, the beach.  Where dogs are not allowed.  As this sign clearly states. 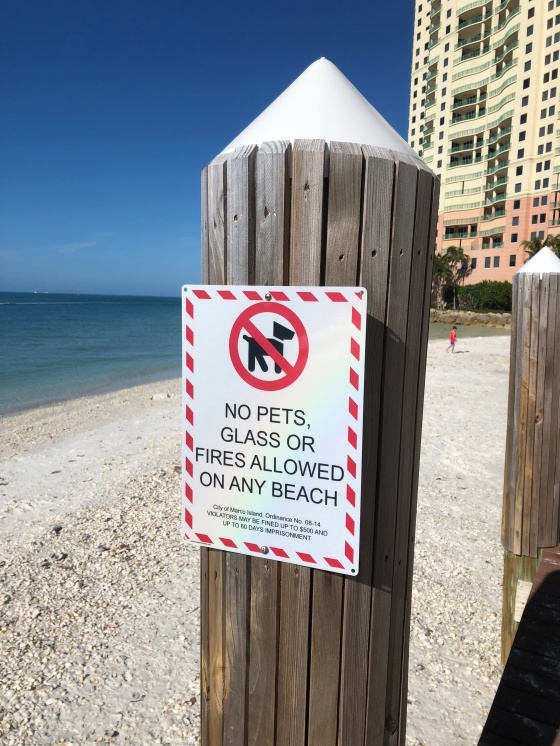 Despite the sign (and the law), Momma led me down to the beach for a few “preliminary” photos.  (“I don’t think anyone will mind us taking a few cheesecake shots for your next book, Lina.”)  Now, I’m not a lawyer, but I have never heard of the cheesecake photo exception and sensed that this was not going to end well.  Here I am, wondering where Uncle Chuck, Esq. is when I need him.

I was right to be concerned.  When Momma finally gathered me up to go home, a very angry man marched over to us and demanded to know if Momma was aware that dogs are not allowed on the beach.  Momma allowed that she did know that, and Angry Man retorted, “Oh, and I suppose the law doesn’t apply to you?”  (I wisely offered no comment.)

Knowing she had been busted, Momma tried to keep her cool and explained that she was just taking some pictures of me.  This did not placate Angry Man at all, and he followed up with, “Well I have grandchildren that I need to protect.”

Momma was by now furious and snarled, “well, thank you very much for policing the area.”

“That’s my job!”  countered Angry Man, whose anger, even I thought, was all out of proportion with our crime.  (Momma:  “Alleged crime, Lina.”)

Despite our little fracas, Momma decided she had found the perfect setting for our photos.

The shoot itself went well, and we weren’t arrested or even yelled at.  Turns out our photographer, Frank Steiger, is a retired Marco Island police officer who kept us in line (and my paws off the sand).

Frank did a terrific job and was gentle and kind and gave me treats.  Here’s a sneak peek of his photos for my book. 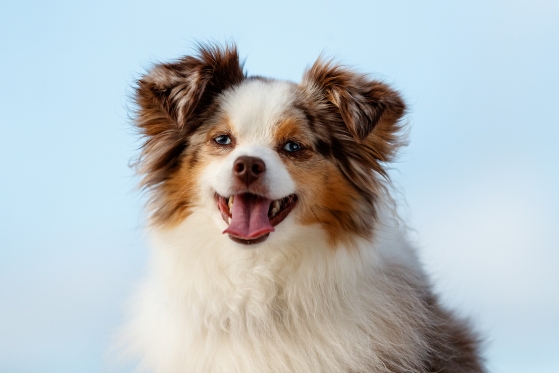 Pawscript:  By the way, Garth Stein (The Art of Racing in the Rain), was a little “overwhelmed” at the moment and had to decline writing a testimonial about my book.  Won’t he be sorry when it’s a runaway best seller.  Just woofin’.

One thought on “Just Shoot Me Now”